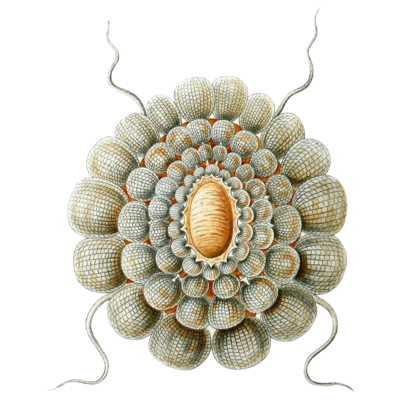 Below is a summary of rules you need to follow if you want to have an account on this server of Mastodon:

Why I'm starting this server:

If this sounds like something you're into, hit me up.

If you like, you can chip in for hosting costs!

You don't have to join this server to follow people, see posts, or participate! We would love to see the cool fungi, bugs, spiders, snakes, etc., that you find. For accounts to follow, check out the public user directory. If you'd like to get a better sense of what the server is like without following a bunch of people, follow me (the admin)—I boost a lot of members' public posts, as well as things I think the members will like.

For bug identification, you can also hashtag #bugstodon or @ @bugID@a.gup.pe.

If you would like to join, I'd like to get a sense of who you are. If you already have a profile or social media presence elsewhere, e. g. Mastodon, Tumblr, or iNaturalist, please state it in your reasons for applying.

If someone on here is being an ass or posting objectionable content, please report it—don't assume I already know about it!

For a more detailed guide on how to use Mastodon, see the excellent fedi.tips. This is just what you need to know to start off.

If you post something unlisted, your followers will see it, but it won't show up in Local or Federated timelines, or in searches for any hashtags in it. This is good for long threads, for example.

Direct messages, where only people mentioned can see them, are not end-to-end encrypted, and theoretically I could see them if I really wanted to. (In reality, I don't actually know how, also I am far too lazy and I just don't care.) If you need a secure communication channel, use something like Signal.

The flavour of Mastodon this server runs on, Hometown, has an extra feature: local-only posting. This means that the post will only be visible on flipping.rocks; it doesn't get sent to other servers. It will not be sent to followers on other servers, and it won't show up in other servers' federated timelines. If the post is public or unlisted, it will still show up on your profile page if someone visits it in a web browser.

You can make a post local-only by clicking the chain-link icon below the post field. If you are using an app that doesn't have that option, you can use the custom emoji local_only:

Content warnings are good for many things: hiding spoilers, Wordle results, depressing/enraging politics, all-caps rants, joke punchlines, common triggers for conditions like PTSD, addictions, and other disorders, etc. If you are unsure about whether to use a CW or not, err on the side of caution.

Please do your best to add image descriptions! It is a basic point of fediverse etiquette, and many people will not boost images without them. They don't have to be long. Think the kind of caption you would see under photos in newspapers or magazines.

Many people have an irrational fear of spiders, insects and other arthropods, and snakes, and they do not want to be surprised with pictures of them. I would like to be nice to them, even though I am not strictly required to be. (In the fediverse, a higher level of consideration for people's comfort is strongly encouraged.)

If you are posting a picture of an arthropod, snake, or any other creature people commonly have phobias about, and both 1) the post visibility is set to Public and 2) the Federated option is selected, please select the "Mark media as sensitive" option.

If the visibility option is Unlisted or Followers-Only, or it is being posted local-only, you do not need to mark media as sensitive. This means unhidden images will not automatically show up in your followers' servers' federated timelines or in hashtag searches, but people can still boost them.

This isn't a hard-and-fast rule; if I see something particularly egregious, or get complaints/reports, I'll talk to you about it and perhaps ask you to repost.

Note: This policy will probably keep evolving, and I am open to hearing your thoughts on it.

This server is for public outreach and assistance as well as socializing among ourselves. Therefore, you will be able to interact with people on many other servers with different rules and levels of moderation. Please do so judiciously. If you want to argue with trolls or get into vendettas with other users, don't do it here.

Mute, block, and report generously. Report problematic posts both to me and the user's server, so that server's mods know about it. If you come across a server that proudly hosts Nazis, transphobes, CHUDs, insufferable reply guys, etc.—anyone who might harass or cause trouble for our server as a whole—let me know.

I continually monitor for bad servers/users and proactively silence (mute) and suspend (block) them. You can see the list of silenced and suspended servers, plus reasons. If you think a server should be removed from the list, just let me know, and I'll take another look at it.

If I've invited you/accepted your application, it's because I trust you know how to conduct yourself online. That said, I only have so much time for moderation and mediation. Even if you do not explicitly break any rules, if you have a history of doing so or if you cause undue trouble for me or other users, I will boot your ass.

Your account can be as public or locked-down as you like. Please look through the settings thoroughly. Some things you can do, for example:

That said, this is designed to be public social media, not secure messaging. Most of Mastodon's/Hometown's privacy/blocking features only work with platforms that respect the same rules, and there are Fediverse platforms that have been explicitly designed to get around these rules. Assume people or servers you block can still see your posts if they really want to.

Flipping.rocks has a public profile directory. If you would like your profile included, go to profile settings and check the box "Suggest account to others".

Storage costs money. This is not the place for high-res photos, long videos, or irreplaceable data. If you would like help backing up your content or having it cross-posted to Twitter, let me know.

I'm open to hosting other services for users, like wikis, Git repositories, etc. If you think of anything you want, let me know! Just know that it will probably be run off an ancient netbook in my living room with 2 GB of RAM, so, you know, nothing too resource-intensive.

There are daily backups, courtesy of our host fedi.monster.

If I ever decide to shut down the server, I'll give you at least 3 months' notice so you can export your data.

Hometown generally allows you to view content from and interact with users from any other server in the fediverse. These are the exceptions that have been made on this particular server.

Posts from these servers will be hidden in public timelines and conversations, and no notifications will be generated from their users interactions, unless you are following them: